All prices are subject to GST. Registration is open until Monday, November 30 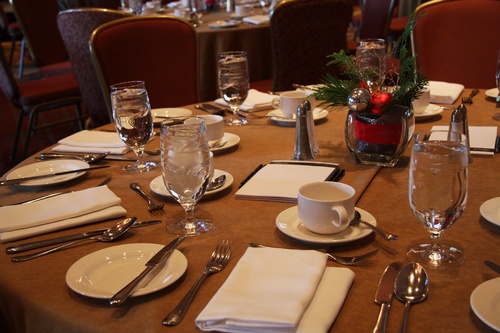 Registration for this event is closed! To be added to the waitlist contact Events Project Manager, Sarah MacWilliams at 604.932.5922  or sarah[AT]whistlerchamber.com

Making Business Merry
Always our jolliest lunch of the year! Join special guest Jon Garson, President and CEO of the BC Chamber of Commerce and celebrate the start of the holiday season with this festive tradition and feast on a turkey lunch with all the favourite fixings, finished with the Four Season's famous individual pumpkin pies.

Key speaker: Jon Garson
On September 24th, 2015 the BC Chamber of commerce announced it had found it's new President & CEO - Jon Garson.  In his keynote, learn more about Mr. Garsons fresh vision for the BC Chamber and how he plans to create compelling value for members, achieve essential advocacy wins for tourism and ensure BC businesses reach their full potential.
Menu:

Annual General Meeting (open to all members and free of charge)
The Whistler Chamber of Commerce AGM will be held December 1, 2015 at 11am at The Four Seasons Resort.

As a result of the Director vacancies that will be created at the end of 2015, the Whistler Chamber of Commerce in accordance with it?s Bylaws, sought nominees for Board of Director positions to fill for terms of office commencing January 1, 2016. Nominations were accepted from Wednesday, September 30, 2015 through to 5pm on Friday, October 30, 2015.  The Whistler Chamber board had seven Director positions to fill and received nine  nominations in total.

The formal business of the Annual General Meeting will include the report of the Board, consideration of the financial statements and the appointment of the auditor.  The membership at large will also vote to confirm the 2016 Board of Directors and meet the members who will represent the Whistler business community in 2016.  Following the official business of the AGM, the CEO will report on highlights from the 2014-15 year and what to expect from the Whistler Chamber in 2016.

Cancellation Policy: Payment is non refundable for cancellations made within 3 business days of the event, or non attendance on the day.
If you have registered and paid for an event or training, you will be automatically added to the attendance list.